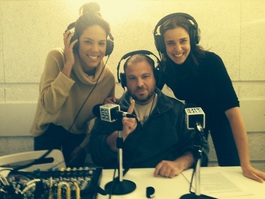 Additional lectures by Rabbi Mizrachi while visiting Eretz Yisrael
Rabbi Yosef Mizrachi's lectures on shabbat were not able to be recorded but he spoke several times in English while in Israel to several yeshivot in Jerusalem and the recording links are here:
Life of a Torah Scholar (Yeshivat Aish Hatorah)
http://www.divineinformation.com/rabbi-mizrachi-at-aish-ha…/
Sacrifice a Jew has to make for Torah (Yeshivat Lev Aaron )
http://www.divineinformation.com/rabbi-mizrachi-in-lev-aar…/
A lecture given at Yeshivat Ohr Somayach
https://youtu.be/hIpdAq7KR50
Upon his return to USA - Loshen Hara
http://www.divineinformation.com/the-number-1-threat-to-ou…/
Rabbi Mizrachi has spoken in over 5000 lectures worldwide as well as participated in many weekend seminars, radio shows and other events in which he enriched the knowledge and awareness of Judaism among thousands of Jews.

His website Divineinformation.com, boasts over 700 lectures of videos and audio that has a following of viewers from more than 50 countries, most of whom are located in the United States, Israel, England and Canada. This website, according to Alexa.com, is of the top 1% compared to all the websites which are currently active. Also Rabbi Mizrachi has a strong following on Facebook with over 100,000 registered fans on his pages. The Facebook pages have more than 5,000,000 views per month and growing fast. Rabbi Mizrachi was also the first rabbi who started on the very successful website TorahAnytime.com.

In 1986, he was drafted to the Israeli Military (IDF) and served in the Air Force. Immediately after his release from military, he immigrated to New York City. Rabbi Mizrachi dedicates his life to the awareness of Judaism among secular Jews. It was in 1994 that year, that he began coordinating lectures & seminars among Israelis in the New York – New Jersey area. In 1997 he left the financial industry and enrolled in a full time learning and teaching in a Yeshiva in Monsey, New York.